Whether you introduced your company president to a potential client by the wrong name, insisted you had the right answer (and later learned you were wrong), or asked a woman who isn’t expecting when her baby is due, you are not alone. We’ve all made embarrassing gaffes. Though some of us have the skills and experience to right ourselves more quickly than others, everyone can use the four strategies below.

First, admit your blunder. Acknowledging that you mis-stepped can go a long way toward repairing damage. Simply saying, “I can’t believe I just called you Lisa when I know your name is Elizabeth” may be enough. What you don’t want is to ignore a faux pas when others have noticed it and are waiting for you to make it right. Do what you need to do to be accountable for your words.

A direct, “I’m sorry I called you by the wrong name,” may be sufficient. In the more complicated situations in which you’ve truly insulted someone, a fuller apology may be appropriate. In the case of a mistaken pregnancy, take responsibility by noting the error in your behavior as well as your words. Try something like, “I’m sorry for making assumptions. I was clearly out of line and I hope you’ll accept my apology.” Laughing off this kind of blunder can be dismissive of the person you’ve insulted and also reflect poorly on you; think hard before you turn this in to a funny moment.

Move on from your transgression as quickly as you can. That may be as easy as returning to the topic at hand or introducing a new, not quite so uncomfortable issue. Employ transitions such as, “as you were saying,” or “getting back to the main issue”. Don’t refer back to your error in conversation, don’t repeatedly apologize, and don’t further harass someone you’ve already offended by asking them over and over again if they are mad or hurt. If you’ve acknowledged and apologized, let it go unless they’ve made it clear that there is more work to do.

Please, when you make this kind of error, refrain from referring to your momentary lapse as a “brain fart” or a “senior moment”. Don’t blame your mistake on being blonde, a woman, tired, jet-lagged, or new. All of those choices minimize you. Instead, stick to the three steps above without the self-denigration. 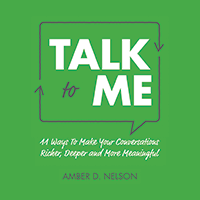